As a young teen, I moved from Texas to Alaska; a huge change in climate, weather, scenery, and wildlife. Texas had been hot and humid, with temperamental storms coming out of nowhere, drenching us in the middle of a sweltering, sunny day. The sky was a vast, pale blue; the brown desert ground was flat and brown, dotted with cactus and scrubby mesquite trees. As children, we feared running into rattlesnakes and scorpions and fire ants.

Alaska was a whole new world: It was cold and dry, with snow and ice returning just when we thought spring had finally arrived. The deep-blue and purple skies were a backdrop behind higher elevations which boasted majestic snow-capped mountains in the background, with tall pines, and colorful wild flowers in summertime. While blueberry picking, we children feared running into bears and moose.

Each state held its own beauties, excitement, and favorites; but the cool change for me was welcome, and filled with joy, and a sense of adventure. Instead of tacos, there was salmon. Instead of swimming, there was ice skating and sledding. But one thing was very, very different: the light and darkness.

In summer, the base command: “Come home when it gets dark,” got changed to a fixed time, because darkness never really came at all. We easily played out in the quad courtyard past 10 p.m. because it was broad daylight. When parents new to The Frontier State finally caught on and demanded a time by clock, children laid in beds with eyes wide open, unable to rest. Not even the black shades kept out the light; I’d poke my latest book underneath the blackout shade and read until midnight.

Summers were the best; filled with friends, fun, and freedom from home. After graduation, I returned to Alaska for a visit, and found myself fishing for rainbow trout on a lake at midnight. The sun shone bright, and the fishing ended around 1a.m. It didn’t start getting dusk until around 2 a.m. and even then, it never got really dark, with the sun brightening everything up again at around four in the morning. Winters were a different story: darkness wrapped around us around 2 p.m. It was dark when we went to school, and dark when we left to go back home. It was cold, depressing, and unforgiving. 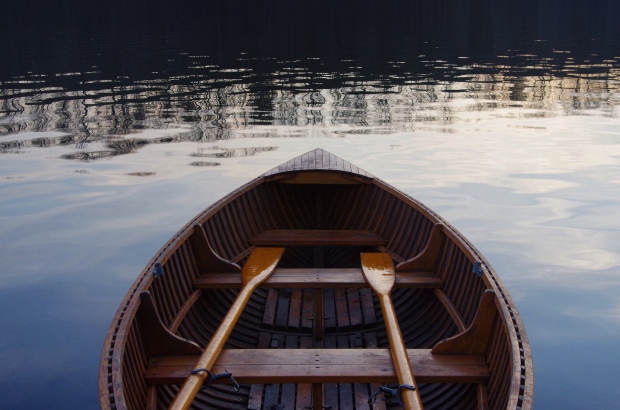 But the Fourth of July falls on the same day in every state. If it was during the winter, Alaskan citizens wouldn’t have the need for waiting to view fireworks at all, but in the summer, we’d find that waiting to be paramount. That first summer it was something we hadn’t even thought about… the waiting. There was a huge crowd; everyone was waiting for the show. It was eight o’ clock. In our car there was a restlessness. Then it was nine o’ clock. In our car there was a debate on whether we should just go home. At ten o’clock, there was disgust. But the children wanted to stay. And I was one of them.

And just about when our car was about to give up, exit, and leave… here came the show! And it didn’t disappoint! Sure, the fireworks would have shown up even better against a blackened sky, but they were still pretty, and the celebration and the cheering was fun. At the very end there was a flag created out of fireworks. I could barely see it; we were way in the back, and it was low, but wow! It was an unexpected surprise. I was so glad we hadn’t missed out on the festivity of the fireworks, and celebrating America’s independence.

Isn’t that how it is when we are waiting on Jesus? The circumstances seem wrong. The backdrop isn’t set, the timing isn’t fast enough, the waiting begins make us feel discouraged. Do we get disgusted, angry, and bitter? Or do we trust, hope, and look forward to God’s promises? Do we give up, or do we wait with anticipation for God’s timing, knowing Jesus will show up and do a good thing?

No matter what our situation, or our personal reactions, the silver lining will be seen by those who belong to God… those of us who have a relationship with His Son, Jesus Christ! Not only will Jesus show up to bring light to your every day problems, but he is going to show up on earth again… when we least expect it. Will you turn your back on him, or will you wait for him, no matter how long it takes?

All the fireworks displays in the whole world, even if they were all joined together, would pale in comparison to the return of Jesus Christ! When Jesus returns, it will be a day of true freedom for Christians, while the opportunity of freedom for others will be forever snuffed out in darkness. It’s more important than ever to share The Light! Whether you go or stay, believe or not, turn your back, or watch for him in the sky; Jesus is coming. I promise, you do NOT want to miss him! Make sure you get to celebrate with him.

” ‘ Immediately after the distress of those days’ “the sun will be darkened, and the moon will not give its light; the stars will fall from the sky, and the heavenly bodies will be shaken.” ‘Then will appear the sign of the Son of Man in heaven. And then all the peoples of the earth will mourn when they see the Son of Man coming on the clouds of heaven, with power and great glory. And he will send his angels with a loud trumpet call, and they will gather his elect from the four winds, from one end of the heavens to the other. ‘Now learn this lesson from the fig tree: As soon as its twigs get tender and its leaves come out, you know that summer is near. Even so, when you see all these things, you know that it is near, right at the door. Truly I tell you, this generation will certainly not pass away until all these things have happened. Heaven and earth will pass away, but my words will never pass away” (Matt. 24:29-36 NIV).

“Therefore keep watch, because you do not know on what day your Lord will come (Matt.24:42).

5 thoughts on “Waiting for the Fireworks… and Waiting”

All rights reserved. All materials contained on this site are protected by United States copyright law. No part of this work may be used in any manner: reproduced, distributed, transmitted, displayed, transmitted, or broadcast without prior written permission from the author. Sharing via official social media links is acceptable provided it credits the author, and cites The Silver Lining and angelaslittleattic.com as the original source of the work. For permissions and publications, please contact the author at The Silver Lining.
Loading Comments...
Comment
×
%d bloggers like this: