Last spring, while on a family trip to New York City, we visited Ground Zero; the 9/11 Memorial. There’s a new tower standing there now, in place of the two fallen ones. America belongs to God, and it shows. One can see pictures or movies, and even hear real stories about the September 11th tragedy, but nothing compares to actually being at the location where it all happened. There is a hush; even amid the crowds of people, emergency vehicle sirens, and honking taxis. 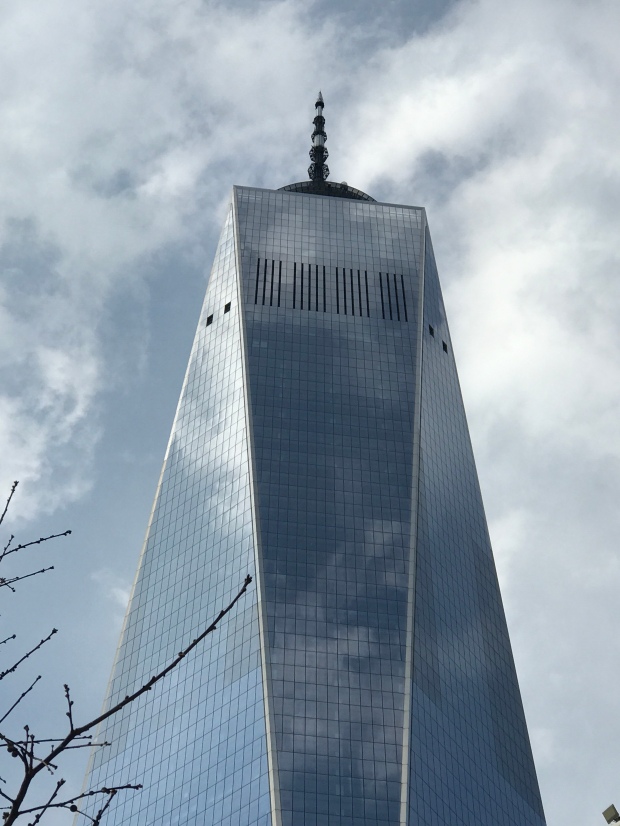 There are real names of real people: people who died that day. The names are engraved upon marble squares. One can gently glide fingers over the letters, saying a silent prayer for the pain and suffering of family members who remain. If you stop and take a moment to think of thousands of terrified people running for their lives, it grips your heart. Visitors dab at their eyes, remembering the horror. Firemen and women, NYPD, and rescue crews worked long hours in order to rescue fragile, broken humans lying beneath the rubble. These heroes and heroines are still held in most high regard to this day. Goodness overpowered evil; for real men and women cherish life; they care about saving the lives of real people. 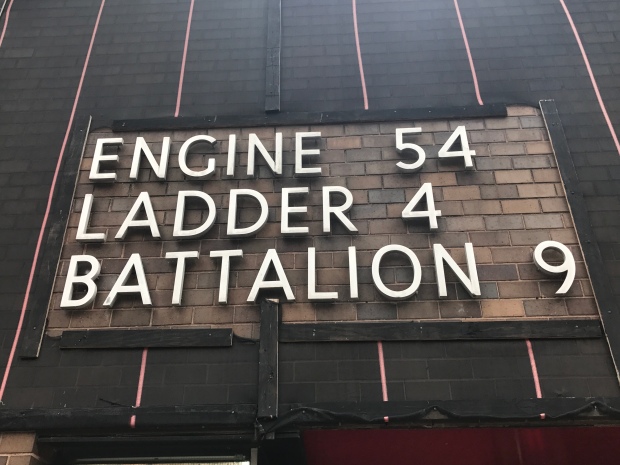 If you know a name, you can look for it via a grid guide. We followed our son, Nick, who quickly figured out how to find the name of my husband’s childhood friend. It was unbelievable to know Jill Ann Metzler had been part of my husband’s Sebago Lake summers up in Maine, back when they were just kids, and now… she’s gone. When we found her name, we took a photo. He teared up, and so did I. How can someone not be emotional, knowing that someone you’re fond of, experienced such terror? 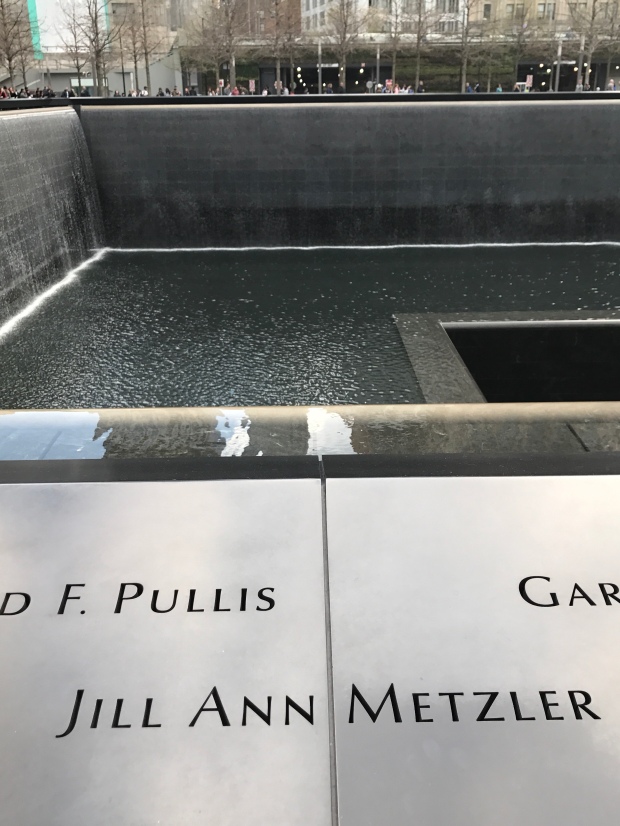 We took the time to talk to our young adult sons and our younger daughter about why it is so important to never forget. Yes, our boys knew about 9/11, but not in the same way my husband and I do. It’s like hearing war stories from your father, mother, grandfather, or grandmother… another time, another place… out of your field of vision and reality.

But it is real. It happened, and we need to remember. I do. I remember the phone calls that came in when my toddler twins were running about the house that day. There was a fearful phone call with a voice on the other end of the line, asking if my TV was on… It wasn’t. Then the voice said, “I’m afraid.” As I turned on the TV, I still didn’t quite understand what was happening. Planes were flying into the Twin Towers… acts of terrorism… and there were more planes… the Pentagon where my friend’s husband worked… another plane… another.., What was happening? 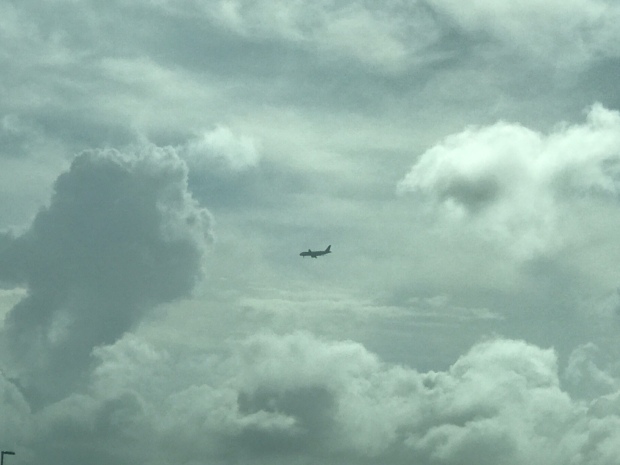 Friends began calling. They were fearful. They were running up to the elementary school to pull out their children and take them home. We live near Mount Weather, which used to be a bunker hideout for The President of the United States. Long since having been discovered and now, well known; it is no longer used for that purpose. Yet, people in town felt it was too close for comfort. In addition, we live only one hour from Washington DC. What did that mean for our little town?

For our family, personally, God intervened in a miraculous way. My husband had a flight to NYC that very morning for business. He woke with such a painfully intense migraine, that he had to cancel his flight. He was stressed about missing the meetings, but he couldn’t function, so he planned to take a later flight out as soon as possible. Thank God, his business partner made it to the city alive. He reported the smoke and ash which could be seen for miles; along with the impossible grid of traffic, emergency vehicles, and airport shutdown. It took my husband’s partner two weeks to get back home. There were no flights, so he ended up slowly crawling back by car. 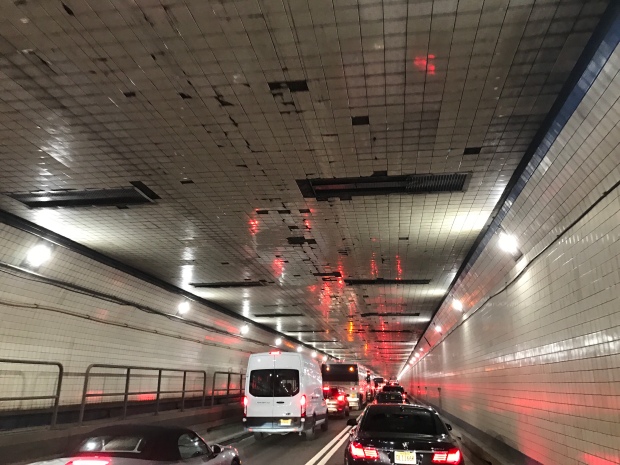 There are many stories about that tragic day on September 11, 2001. Because we live near DC and are somewhat close to New York City, we heard many sad stories of people who had lost loved ones or who knew other families who had. There was a quiet way of relaying the stories; they were almost always told in whispers.

Why is it so important to remember? Of course we need to remember history in hopes that we don’t make the same mistakes in allowing the bad parts of it to get repeated. The bad parts of history involve the loss of lives… many, many lives. Those lives will never again be a part of the earth, which is indeed tragic. But in the pain and suffering, lies the silver lining: those saved by Jesus Christ go on to live eternally in Heaven. Therefore, even though we grieve for them here on earth, we will see them again one day again in Heaven… and that, is something to celebrate!

The reason we should really never forget, is that we Christians have a heroic job to do… save souls. We need to tell others about how they can receive eternal life through Jesus Christ. Millions of lives are at stake, and we cannot know when our time is up on earth. Regardless of the circumstances surrounding death, there is eternal life ahead for those who turn to God and accept the gift of forgiveness for their sins through God’s Son, Jesus. People are dying, and they will continue to die every single die. Tell your loved ones and friends about Jesus. Tell the world about Jesus Christ. People need Jesus… Never forget.

Later Jesus appeared to the Eleven as they were eating; he rebuked them for their lack of faith and their stubborn refusal to believe those who had seen him after he had risen. He said to them, “Go into all the world and preach the gospel to all creation. Whoever believes and is baptized will be saved, but whoever does not believe will be condemned. (Mk. 16:14-16 NIV)

All rights reserved. All materials contained on this site are protected by United States copyright law. No part of this work may be used in any manner: reproduced, distributed, transmitted, displayed, transmitted, or broadcast without prior written permission from the author. Sharing via official social media links is acceptable provided it credits the author, and cites The Silver Lining and angelaslittleattic.com as the original source of the work. For permissions and publications, please contact the author at The Silver Lining.
%d bloggers like this: